Northumbria University, Newcastle-upon-Tyne (2006-09):
Upper Second Class degree (2:1) in BA (Hons.) History
I scored a high 2:1 in a course with modules ranging from twentieth century British history, to the Crusades in the Middle Ages. In my final year, I undertook a 12,000-word dissertation using mostly primary materials and was able to attain a first. Analysing sources and writing were two of the most important skills on the course, but I also completed a work placement at a museum in order to put these skills to practical use.
Nelson Thomlinson School, Wigton
A-Levels (2006):
History B
Business Studies C
English Literature D

GCSEs (2004):
9-and-a-half grades of 'C' or above, including an 'A' in English Literature and 'B's in Business Studies and English Language.

Lingua Forum Academy, Suncheon, South Korea (Feb 2013-Mar 2014)
I worked at this private hagwon for thirteen months, teaching English students between the ages of ten and sixteen. I had a considerable amount of freedom to create my own lesson plans and activities while teaching both conversational grammar and the reading of novels.

Little Fox Language Center, Hayang-eup, South Korea (Aug 2011-Aug 2012)
Teaching students roughly between the ages of six and sixteen and over a wide range of levels was an excellent platform to understand different approaches to teaching English. I taught two Middle School classes who, throughout the year, were my sole responsibility.
Oddfellows Arms, Caldbeck (Feb 2004-Nov 2009; Mar 2010-Aug 2011)
Here I performed a variety of duties including working under the direct supervision of the chef in the busy kitchen, working alone behind the bar, and helping to organise the set-up of the restaurant and the accomodation.

PSCORE (June-November 2013)
I voluntarily taught English to a North Korean defector by giving two weekly lessons via Skype. PSCORE, an NGObased in Seoul, seeks to help North Korean refugees living in the South, something I strongly support.
South Shields Museum and Art Gallery (Voluntary work placement, Jan-May 2008)
During the 12-week placement as part of my university course, I researched a well-known local person using artefacts donated to them museum. I analysed many different pieces, decided which were the most suitable and eventually created a display. This included a brief written piece, with which I adapt to adapt my language to make it more accessible to children. 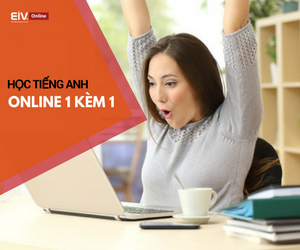